An infographic looking at the 50 best rewarded footballers on the planet.

We have first split the top 50 players based on their nationality, and then I took a closer look at the relative success of the clubs these players represent, hopefully illustrating the disparity between the wages paid by some clubs compared to the number of trophies they have actually won in recent years.
Finally, there are a few bonus statistics where the GDP per capita of certain countries are compared with the earnings of their most illustrious sportsmen! 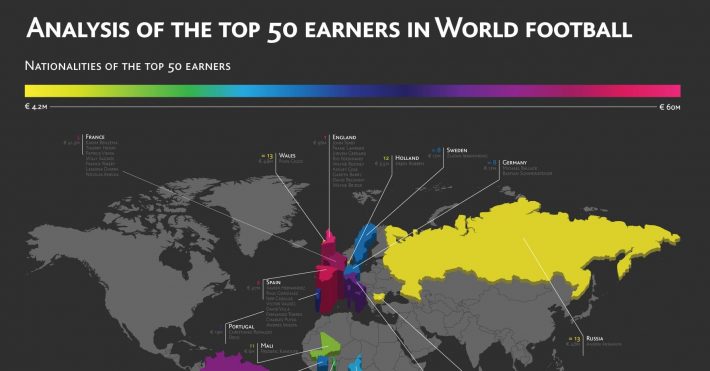 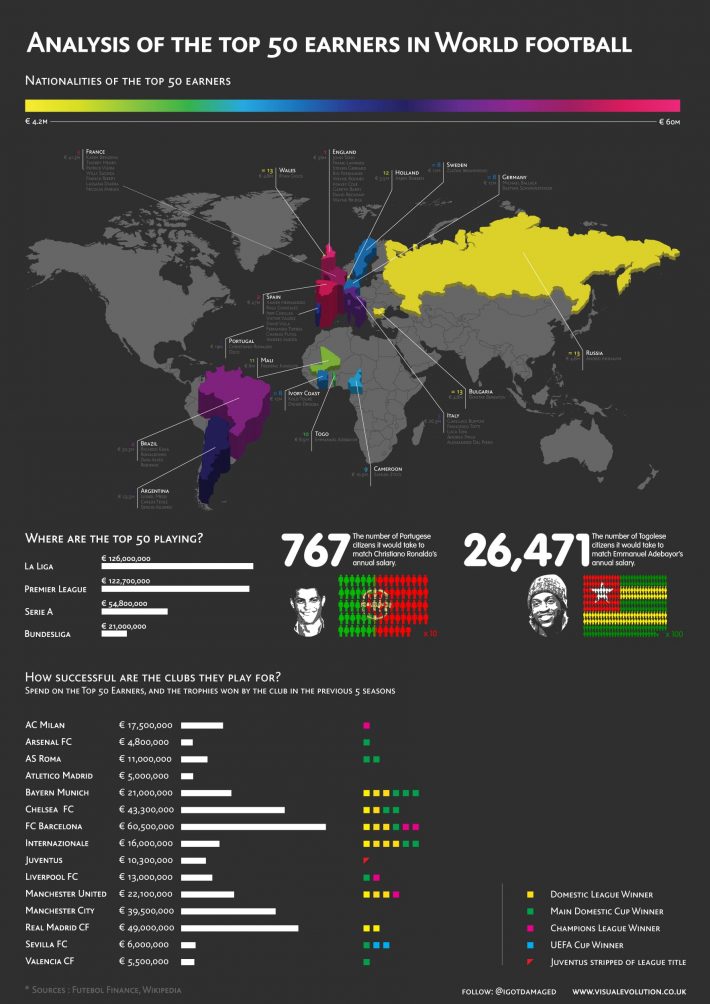