Festival season is in full swing in the UK, and here at Visual Evolution, London we have spent the last week or so assembling an infographic which hopefully gives a guide to the best of this summer’s entertainment. Set in a cartoon style, which reflects the bright and colourful nature of our client, Wink Bingo, the visualisation hopefully captures some of the magic and characters of some of the UK’s biggest summer events. The infographic gives viewers a break-down of what is happening when and where, and within a second section, the genre breakdown of each festival is broken down into a series of colourful pie charts. 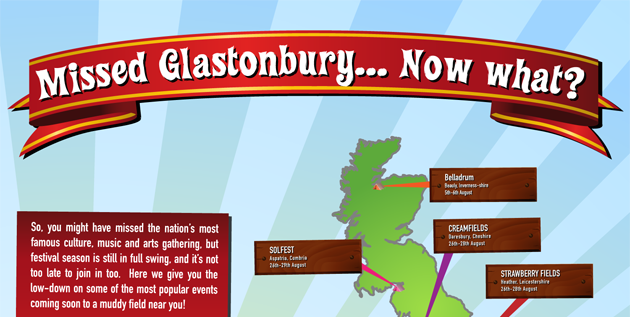